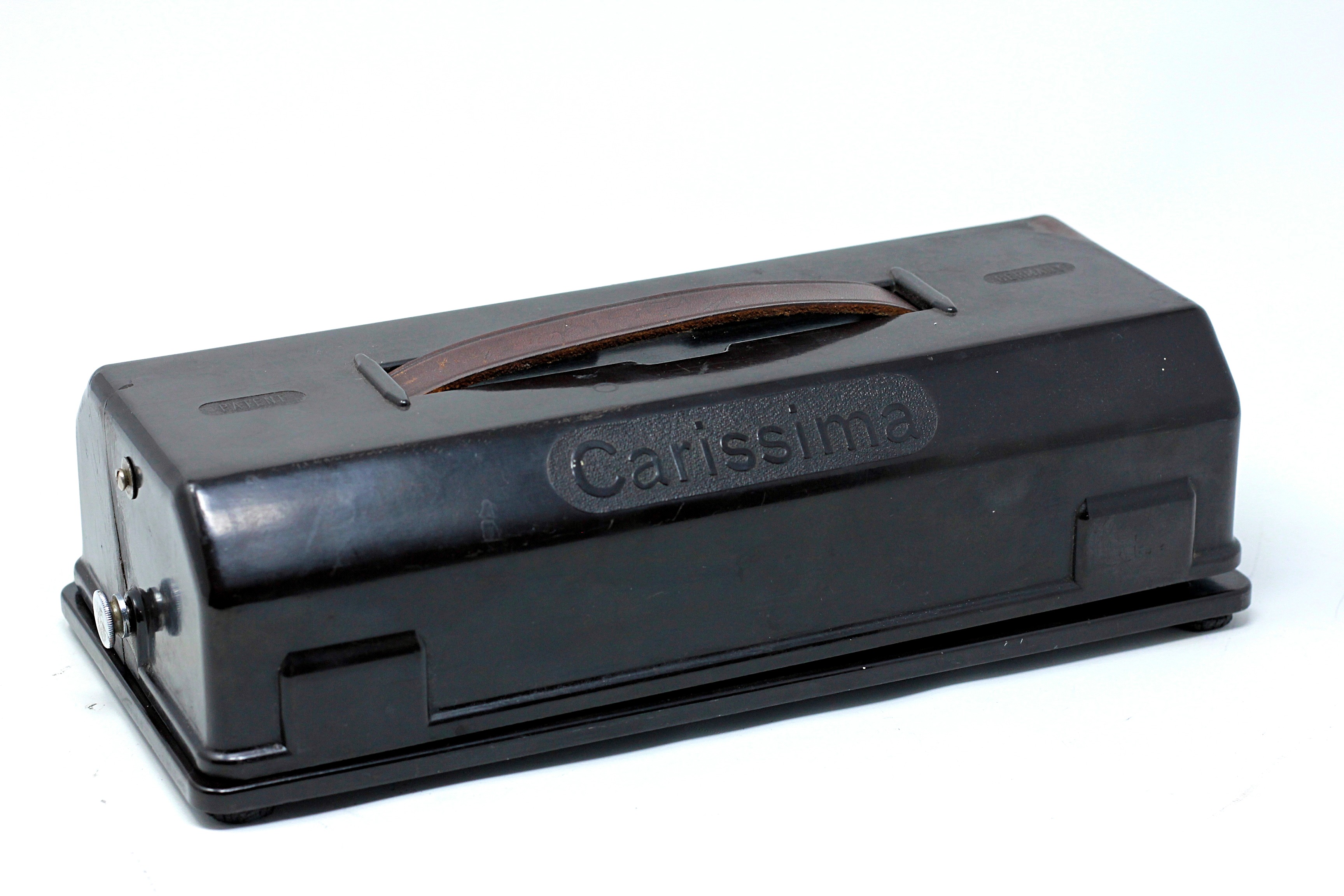 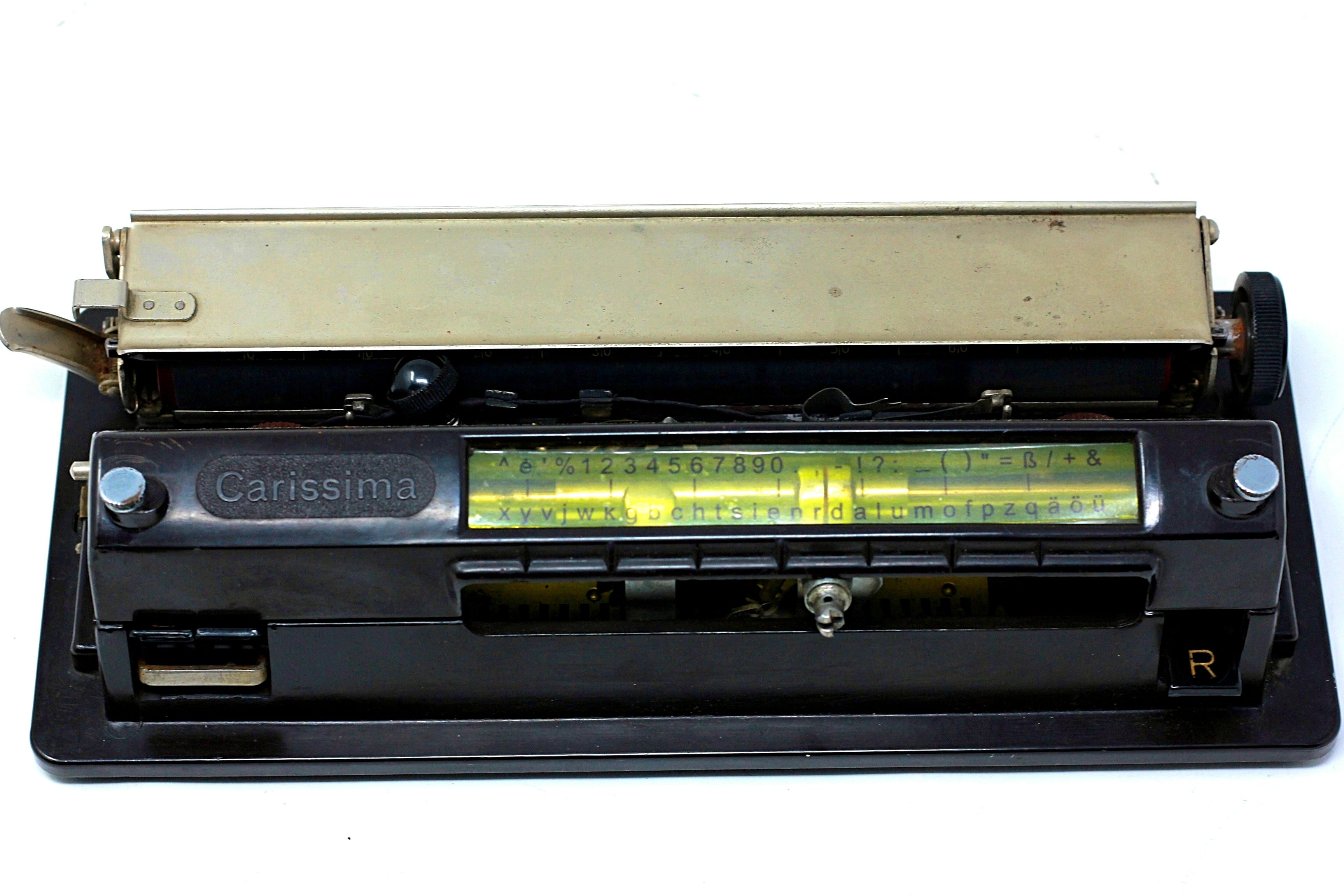 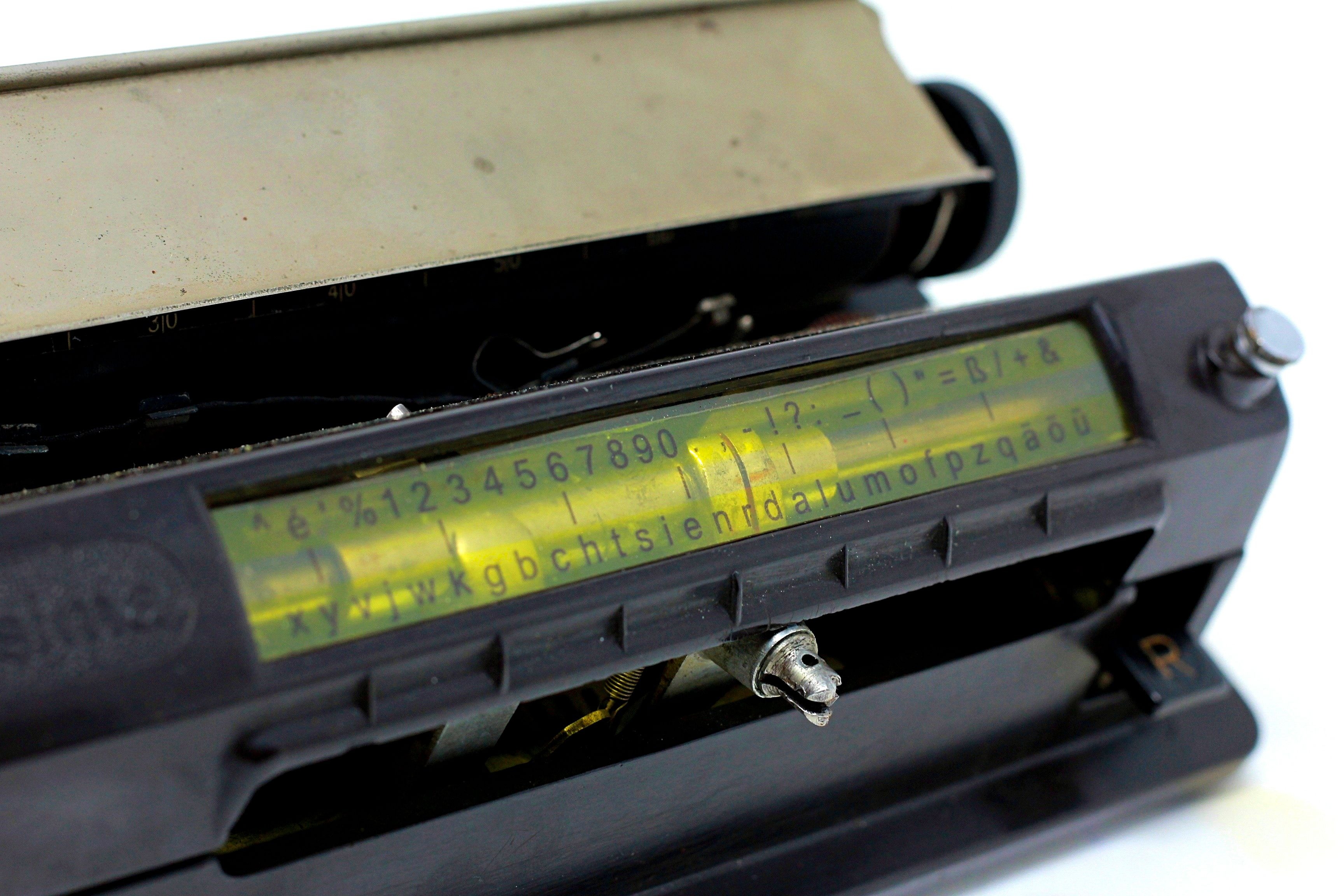 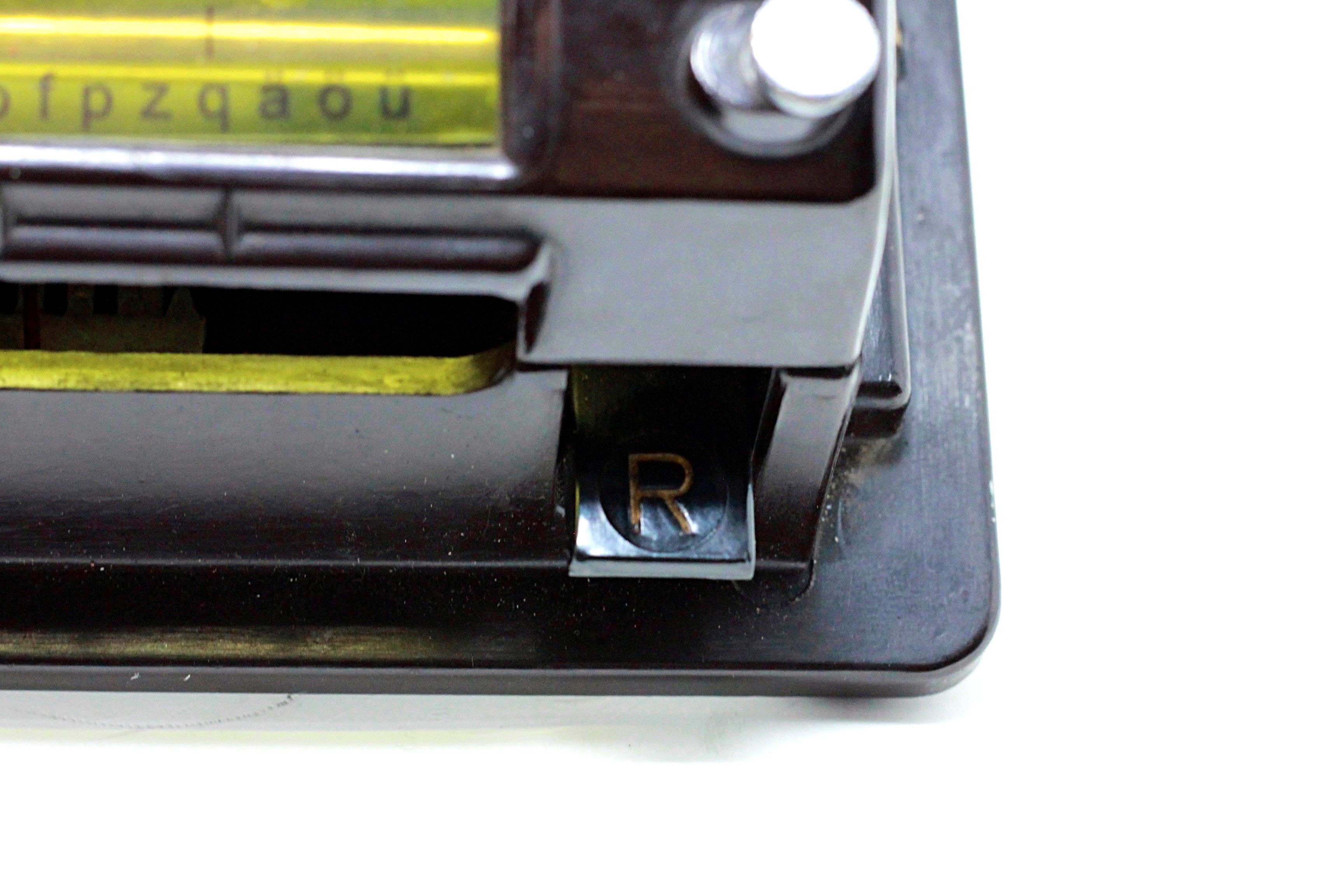 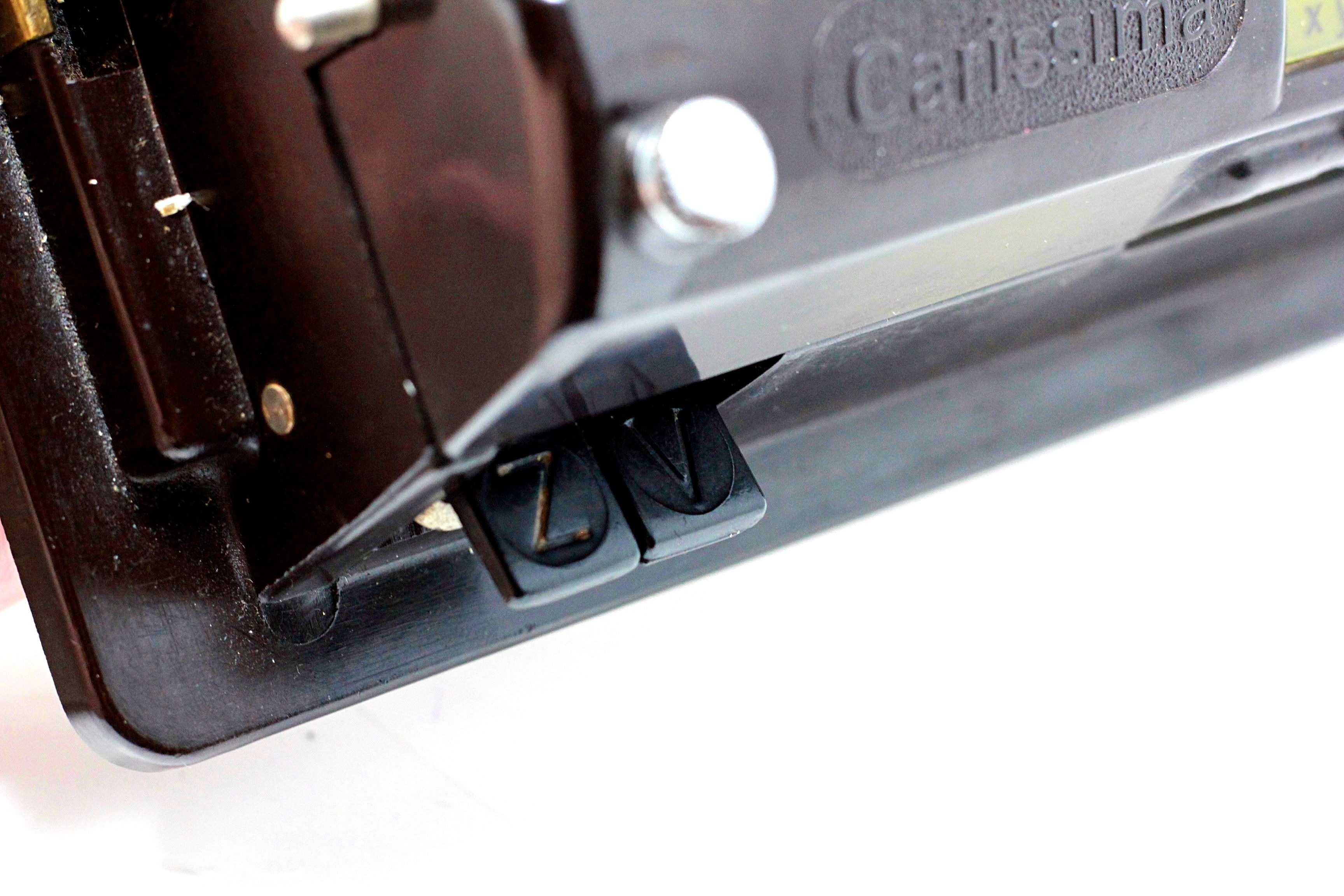 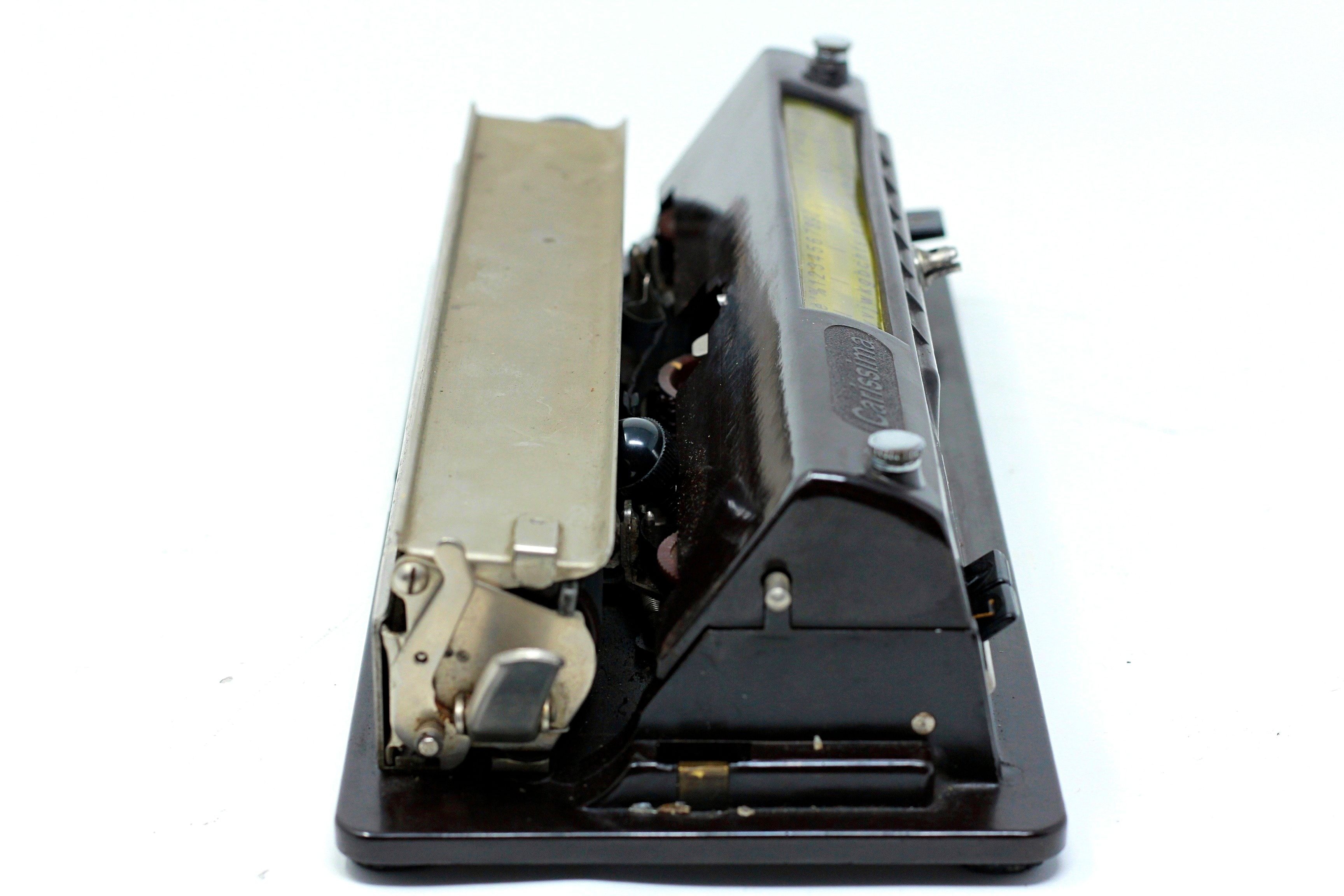 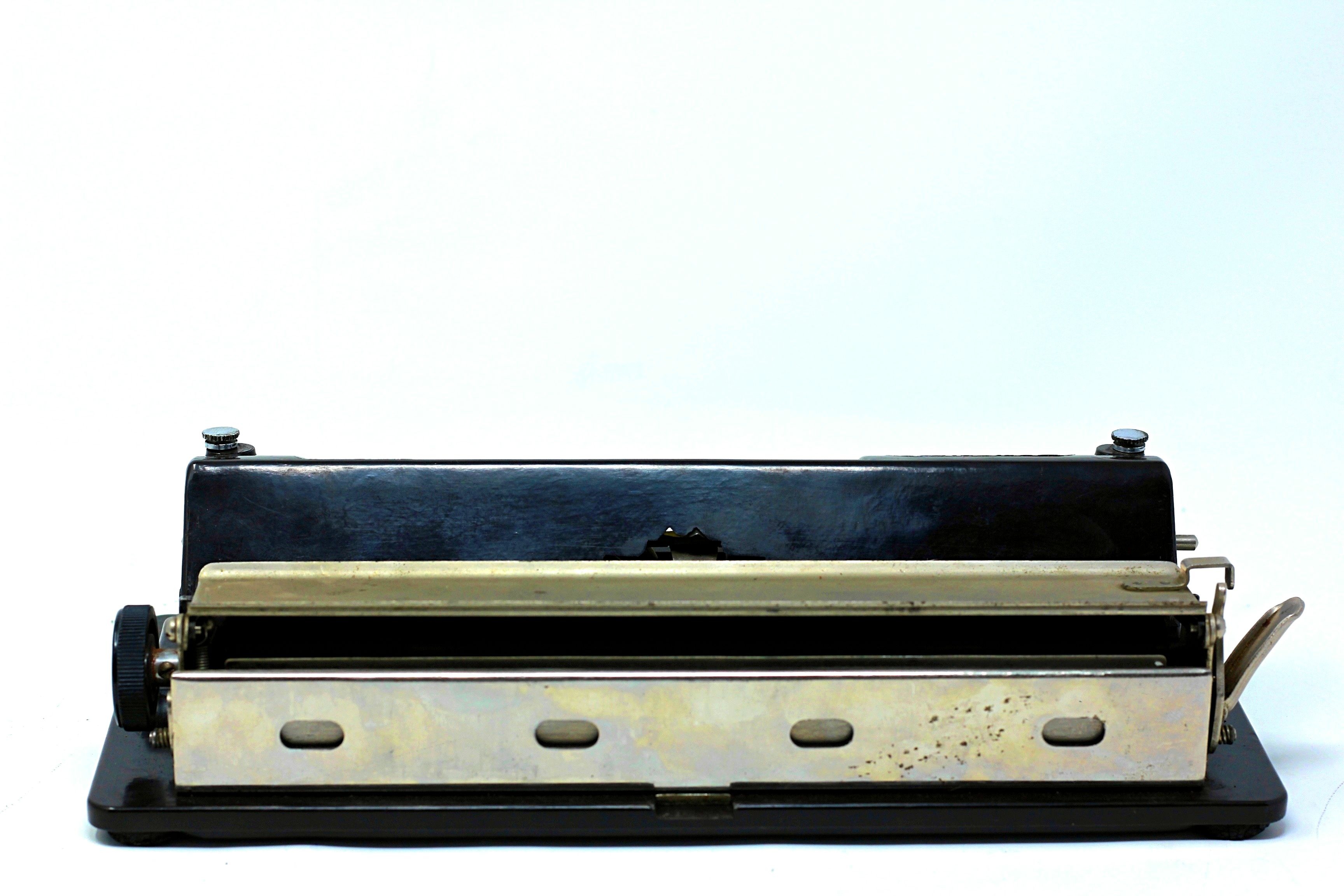 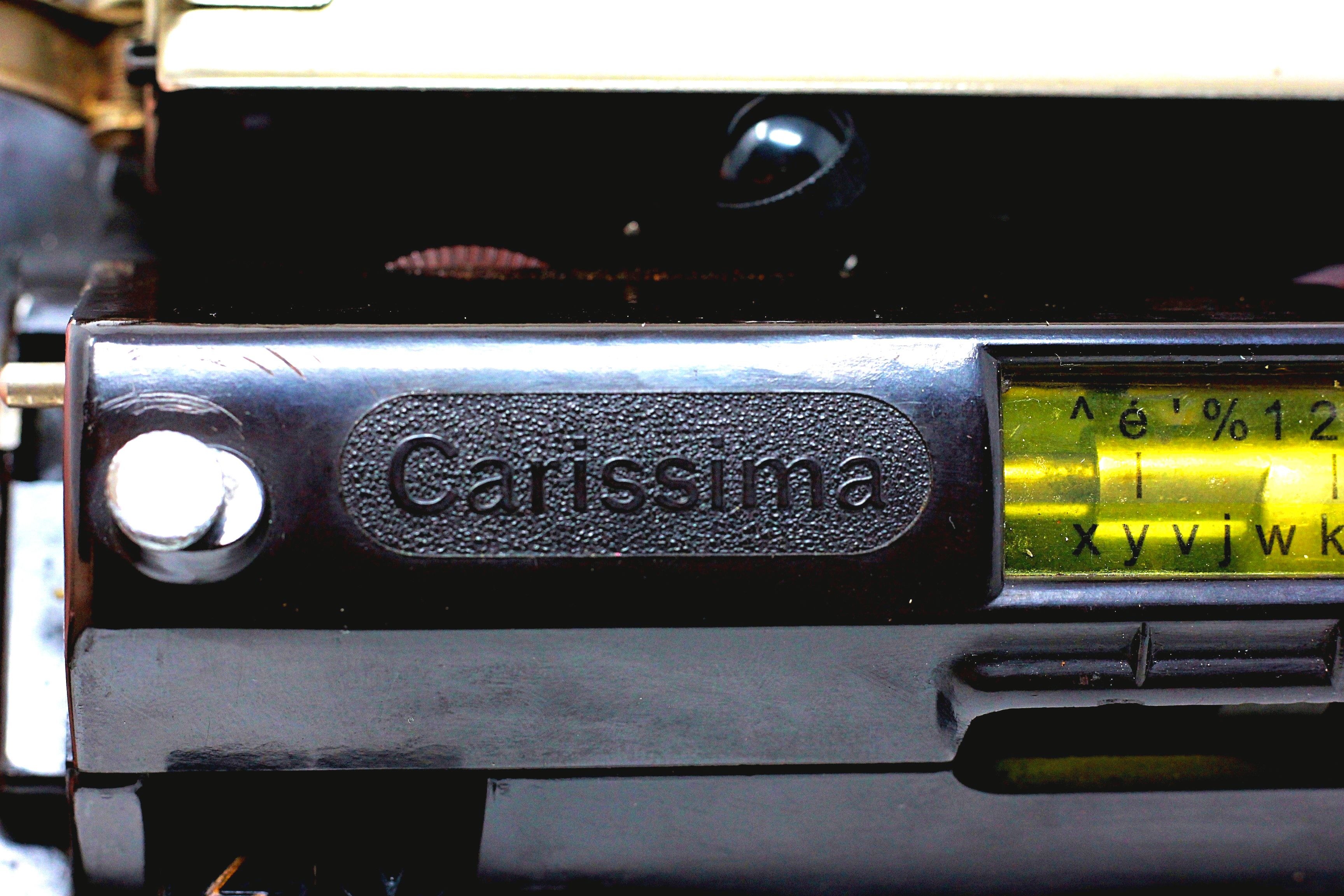 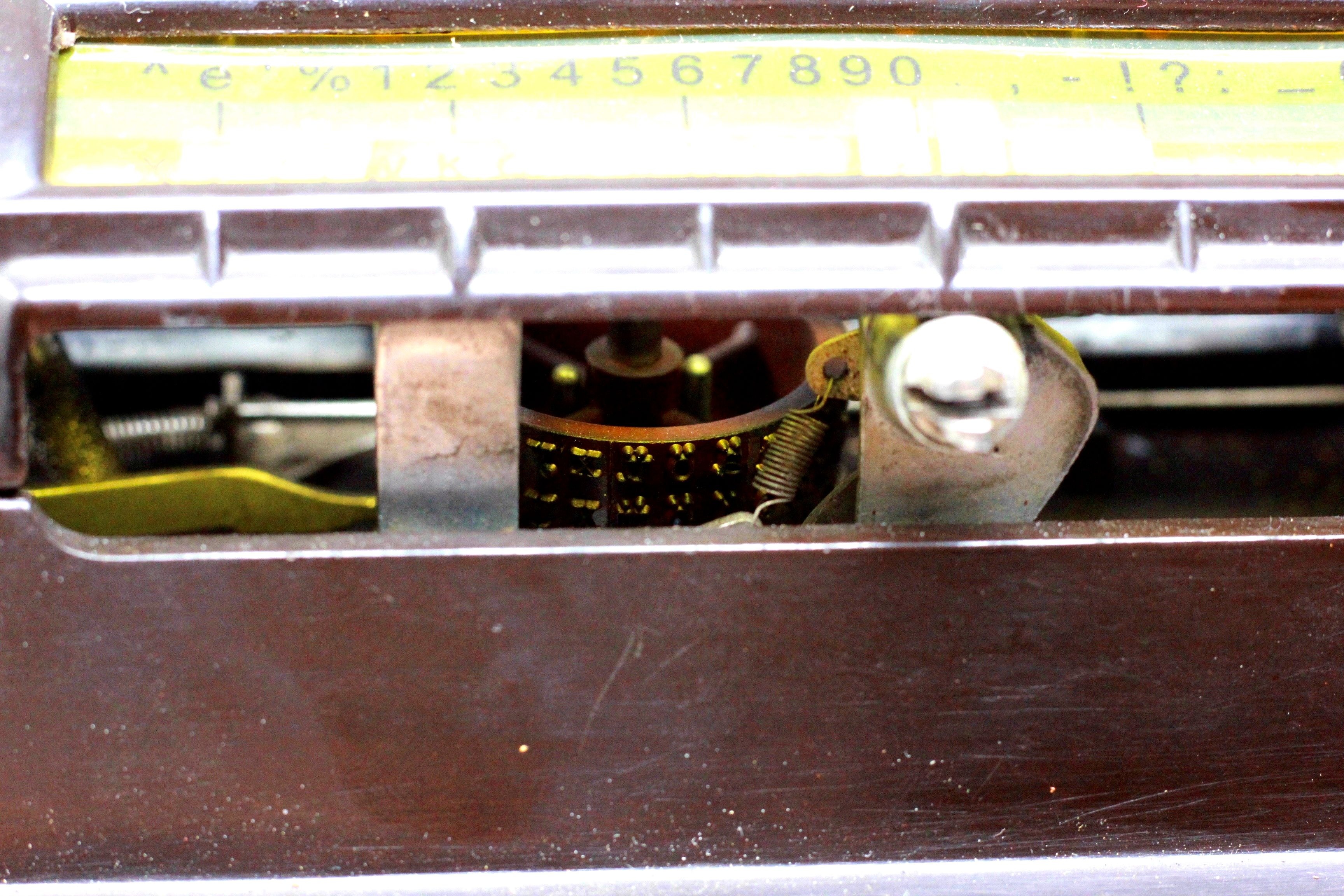 Index-hand typewriter with 3-row type wheel and double switch Left Front. The Z and V keys for characters and capital letters raise the type wheel accordingly.
The back button is located on the front right. The key was originally only connected to the return Switch via a cable pull, later this was replaced by a stable pull wire and an intermediate lever.
The front lever is multifunctional: lateral movement selects the character, pressing down brings the type wheel to a stop. By turning the lever is switched to space key function. It can also be folded sideways to cover the machine with the hood.
The edge controls are located as small levers right and left on the sides of the car. The line shift lever serves as a carriage lock in conjunction with the folding sheet of paper.
Early specimens had a smooth paper holder, later this was provided with a scale.
All mechanically relevant parts are made of steel, everything else of very fragile Bakelite.

For Export to England the machine was delivered with type wheels with reduced character set of only 83 characters.